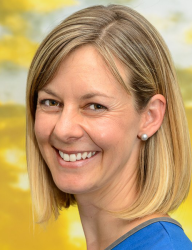 Danielle is the Co-Owner of the practice, which she bought from Franne Mallen in 2010. She completed her Bachelor of Science at UCT, where she graduated Cum Laude and top 4th year student. She then went on to complete her community service in Nelspruit. She worked in private practice in Johannesburg thereafter, before pursuing further study in Australia, where she obtained her Masters Degree in Manual Therapy. She worked in Australia in private practice, where she was involved with the treatment of indoor national WA netball and Australian Football Rules teams. She then spent time in the UK where she worked as an ‘Extended Scope Practitioner’ for the NHS, where she was involved with the treatment and management of complex spinal and lower limb joint pathologies. Her special interests are in spinal and knee pathologies. Danielle also assists on the OMT course as a senior assistant, examiner, lecturer and was the Course Leader in 2017. She participates in Equine Show-Jumping and enjoys sharing her love of the outdoors with her young daughter and husband. 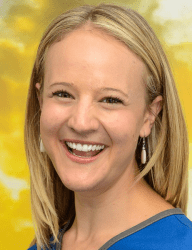 Sam is Co-Owner of the practice which she joined  in February 2012 after completing her OMT course with flying colours. She was awarded a distinction for her research project, entitled “Referred Knee Pain”. She is an energetic and bubbly member of the team, always willing to go the extra mile for her patients. She qualified at Wits in 2004, thereafter she completed her community service in the Johannesburg region, where she worked at several public clinics. Subsequently, she has worked extensively in private practice locally, and for the NHS in the UK. She has a special interest in treating spinal pathology. In 2014 Sam completed her APPI Pilates certification and currently runs clinical Pilates sessions at the practice. She also uses her knowledge of Yoga which she gained after completing her RYTT in 2017. Sam has also been involved in lecturing and assisting on the OMT course.  She enjoys keeping fit with Yoga, Pilates and running activities. 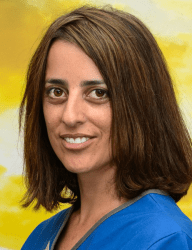 Teresa is a senior therapist who has been with the practice since 2007. She graduated with a Bachelor of Science at Wits, and then proceeded to obtain her OMT qualification. Teresa has also completed her dry needling course. Her special interests are spinal conditions, SIJ dysfunction and TMJ disorders. She is also a qualified Pilates Instructor running clinical Pilates sessions at the rooms. In 2017, Teresa got her skippers licence and enjoys sailing, camping and hiking with her GP husband and their 3 gorgeous girls. 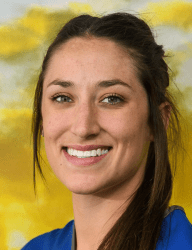 Megan joined the practice in August 2016 with a list of qualifications to her name. She completed her BSc. Physiotherapy at UCT in 2011, before embarking on her community service year followed by a year of travel in South and North America. She then started work in private practice in Johannesburg. She has subsequently completed her OMT certificate in 2015, and now also assists and examines on the course. Megan has earned  her stripes as a Pilates Mat Instructor and is currently embarked on a course to become a qualified Pilates Equipment Instructor. With her dance background, she has a deep insight into body mechanics. When not over-achieving, Megan enjoys yoga, Pilates running, reading and all things travel and art. Mary is our larger-than-life receptionist/”Gogo” of the practice. She delights in helping our patients in whichever way she can. She is also mom to three boys and has several grandchildren.